This Is Us recap: Season 6, Episode 1, "The Challenger"

This Is Us is a full circle kind of show, so it only seems fitting that its final season premiere immediately sent me back to rewatch its pilot. I wanted to see the scene that’s partially montaged in this episode, where an aimless, party happy 36-year-old Kevin monologues to his young hook-ups about the space-related trauma of his childhood. “I mean, hell, it’s not like he’s going to wind up some 40-year-old man who can’t stop talking about the Challenger explosion,” Jack tries to reassure Rebecca as they worry over whether they handled the fallout from the national tragedy correctly. But Kevin’s opening scene in the pilot is just that—a lengthy, only half-joking monologue about how watching the Challenger explode in second grade marked the moment his life all went wrong. The day he gave up on the idea of doing something meaningful because “trying to change the world just leads to being blown up into little pieces all over Florida.” 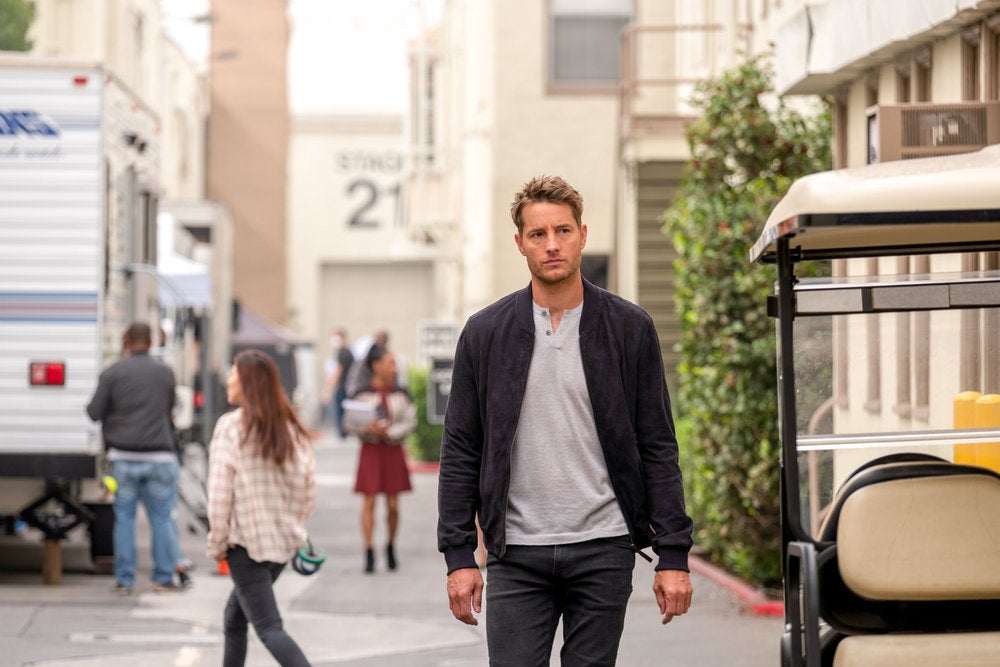 This Is Us’ sixth and final season premiere doesn’t go quite so far as to agree that the Challenger explosion is the biggest defining event in the Big Three’s young lives. But it does use that real-world 1986 tragedy as a way to explore the central coping mechanisms that have defined these characters over the past six seasons: Kate is optimistic to the point of naiveté. Randall represses his own feelings under a compulsive sense of responsibility towards others. And Kevin lives in denial to the point of delusion. If there’s one thing This Is Us excels at, it’s knowing its characters inside and out. And that’s the quality that’s most on display in this poignant, funny, melancholy premiere.

In fact, I love that I can spend this whole review just digging into character stuff like that without having to hash out some big twist and what it means for the future of the show. The only twist here is that there is no twist. This premiere doesn’t revisit the future timeline where Rebecca is on her deathbed or even the near future timeline where Kate is marrying her boss Philip (which was the major reveal of last season’s finale). Instead, “The Challenger” confidently deploys the classic This Is Us template of present-day storylines for the whole Pearson family with a relevant flashback to their past.

Some occasionally clunky exposition reestablishes where our characters are at in the present: Kevin and Madison are struggling to set boundaries in their somewhat awkward co-parenting relationship after calling off their wedding. Kate and Toby are trying to make a part-time long-distance relationship work now that he has a job that requires him to be in San Francisco three days a week. Randall is using that harrowing season four home invasion to fuel his next steps as a councilman. And Rebecca is dealing with her worsening memory loss condition, which is confirmed to involve plaques building in her brain.

While the Kate and Kevin throughlines follow naturally from what happened last season, the Randall and Rebecca stuff feels more like threads the show had originally intended for season five, before Mandy Moore’s pregnancy, the pandemic, and the global racial reckoning of 2020 caused the show to adjust its plans. For the most part, though, the show pulls off the swerve without too much clunkiness. Sure, it’s a little weird to see Randall describe the break-in as one of the defining traumas of the past two years of his life when he barely even mentioned it last season—just as it’s weird to see the show exist in a world where the pandemic is no longer even a vague concern in anyone’s life. But I’d rather the series cut its losses and return to its most compelling throughlines than stick with stuff out of obligation.

The most wrenching moments in “The Challenger” revolve around Rebecca’s memory loss, which the episode renders in subtly evocative ways. Putting us inside Rebecca’s head as she struggles to remember the word “caboose” is a smart, nuanced way to make Rebecca an active character within this storyline, rather than presenting her first and foremost as a burden for the Big Three to deal with. The moment she barks out “The red one damnit!” in the middle of the Big Three’s 41st birthday party is haunting for her family because it seems to come out of nowhere. But it’s haunting for us because we understand exactly where it comes from.

“What a thing being a parent,” younger Rebecca sighs at one point. “What a thing being a kid,” Jack replies. What makes This Is Us’ timeline-hopping premise so special is that it allows the show to remain anchored in both of those perspectives at once, across all different stages of life. In this episode alone we see Rebecca as a child taking a train trip with her dad, a mother looking after her young children, and a 70-something grandmother who’s beginning to reckon with the fact that she’ll soon need to be the one who’s getting looked after again. Those ever-shifting lenses humanize these characters in a much more three-dimensional way than you’d usually get in a family drama, where each character would be slotted into one central defining role within their family.

At its heart, however, This Is Us is a show about parents and kids. And while Jack once seemed like the defining parental figure in the Pearson household, these past few seasons have slowly repositioned Rebecca as the true, under-appreciated center of the Pearson family. So a farewell season that puts her front and center seems fitting. The realization that little Kevin quietly comes to after watching the Challenger explode is that his parents are going to die one day. And while Jack’s traumatic death destroyed the Pearson family for years, there’s hope that Rebecca’s slow decline might be different. That after all the work and growth the Pearsons have done over the past six years, there will be room for light among the dark and peace among the pain.

John Cena will ensure America embraces Peacemaker, even if he has to kill every last one of us

Here's a new trailer for The Batman

Michelle Obama made a guest appearance on Black-ish

Netflix is raising prices by $1-$2 a month

Moon Knight might have a release date on Disney Plus

Nicolas Cage prefers “thespian” to “actor,” thank you very much

Asa Butterfield, Natalia Dyer to lead All Fun And Games