Search Party review: All bets are off in a delirious season 5

Search Party goes for broke in the moments leading up to the final credits rolling on its fifth and final season. The bizarre denouement won’t necessarily appease everyone, but it’s an oddly perfect fit for a show that revels in its heightened situations. The HBO Max comedy dials up the absurdity in the last few episodes of season five, mostly pulling off a whiplash-inducing third act pivot like no other TV show can, thanks to a virtuoso but vastly underrated cast.

The series started off as a dark comedy in 2016, and has since experimented with genres with almost every season: true-crime, legal dramas, psychodramas/thrillers. Search Party’s smart and structured approach slowly builds out its scope; the final season just takes it to a whole new level. While it struggles under the burden of too many narrative threads, the series manages to tie its various arcs together for a delirious and riveting end. 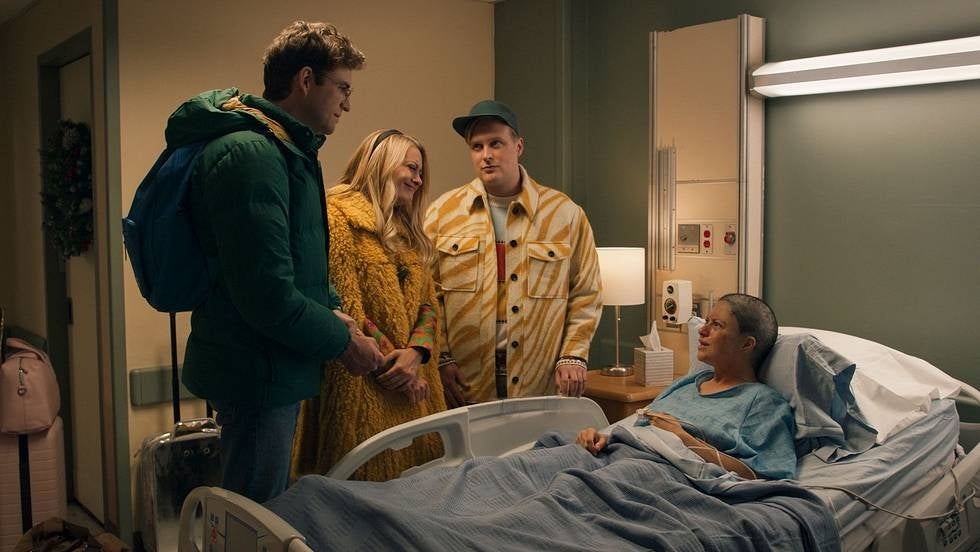 Created by Sarah-Violet Bliss, Charles Rogers, and Michael Showalter, Search Party has ultimately been about Dory Sief’s (Alia Shawkat) staggering identity crisis. Over a four-season span, she caused upheaval in her life and the lives of her friends, with little to no remorse in a quest for adventure. As the show races to the finish line, Dory’s narcissism has literally world-changing consequences. Revealing more will spoil some colossal events, but suffice it to say that the show moves forward with all-bets-are-off levels of satire to complete its journey.

Search Party rarely misses with its derision of the millennial lifestyle and internet culture. The new season views these topics through the lens of tech moguls, Instagram influencers, modern-day cults, and fear of an impending doomsday. As Dory, Drew (John Reynolds), Portia (Meredith Hagner), Elliott (John Early) navigate the chaos they’ve haphazardly caused, the show reflects on current times with accuracy and hilarity. That humor is vital, but the show always cuts deep because underneath surreal circumstances and unscrupulous protagonists, it’s rooted in surprisingly strong emotional hooks. The twisted central bond between the core four humanizes their overall ludicrousness.

Despite an awful track record, Dory’s friends can’t help but fall for her confident charm, whether it means keeping a murderous secret or driving in a loop to rescue her from her kidnapper. Season five capitalizes on the enigma Shawkat expertly crafts around her character by turning Dory into a sort of messiah.

Fresh from her near-death experience, Dory believes she has found inner peace while locked up in a clinical institute. She ropes in her pals to help share this newfound wisdom with the world. Their first move is to team up with Tunnel Quinn (Jeff Goldblum), an eccentric, Elon Musk-like CEO, who offers them all the resources and funds needed to create an “enlightenment pill.” If only it were that easy. To add to the vanity, they invite top influencers to be guinea pigs. The crusade gradually spirals into an uncontrollable and entertaining disaster.

Search Party provides a biting analysis of how Dory and co. can barely save themselves through this faux sincere notion of them saving humanity. There are some fascinating insights into how gullible society is about the superficiality of social media, buying into ideas and feeding egos that need to be checked. It’s not just Elliott, Drew, and especially Portia who start serving a fool’s paradise—it’s the whole online world. Consequently, the show’s metaphoric response to the dangers of Dory’s apparent work is a bloody big swing.

A sweeping focus on the genre-bending shift does result in less payoff for other subplots. Elliott and his partner Marc (Jeffrey Self) adopt a creepy son straight out of a horror movie. Sadly, their new family dynamic results in not much outside of a couple of fantastic cameos. To no one’s surprise, Goldblum seamlessly fits into Search Party, but Kathy Griffin struggles with her frenzied performance and an abrupt storyline with Chantal (Clare McNulty). To the show’s credit, it does reward patience with Chantal’s unusual arc, especially in how it finds a parallel between her and Dory by the end.

Dory’s transformation—from bored NYU graduate to an attention-seeking criminal, from a kidnapping victim to now a viral sensation—feels far-reaching. Shawkat sells it with ease; she has a clear grasp of Dory’s complexities and nuances. It is downright unsettling to watch as her alter ego descends into measured madness as a cult leader. Her chilling performance is the best on the show yet.

The other cast members are consistently hysterical, but Hagner remains the breakout star as she gets to demystify Portia’s psychological state. Her roadmap here is reminiscent of Dory at the start of the show. Weary of a dull relationship and subpar job, Portia is attracted to Dory’s enlightenment option as an escape in the same way her friend felt about the mission to find Chantal. She even finds herself in an unexpected love triangle that is both compelling and ridiculous. At one point, Portia is drinking Dory’s bathtub water like it’s actual Kool-Aid.

Search Party’s ambitious and implausible conclusion is emblematic of its main character in a way; it’s terrifying, fearless, and goes big because there really is nothing left to lose. There are some minor misses along the way, but the anarchy of the final season sharpens the show’s understanding of the zeitgeist.

See For Me review: A home-invasion thriller with a tech twist

Here's a new trailer for The Batman

Leslie Grace is very purple in her new Batgirl costume

The Book Of Boba Fett recap: Season 1, Episode 2, "The Tribes Of Tatooine"

Moon Knight might have a release date on Disney Plus

And Just Like That… recap: Season 1, Episode 7, "Sex And The Widow"